Whether You Should Talk to Your Kids About Custody 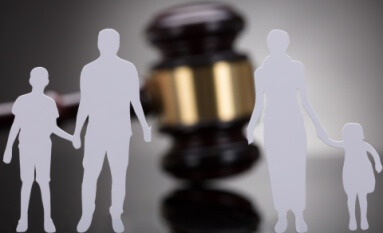 I don’t suggest that parents initiate with their children a conversation regarding their preference about where to live and when they should spend time with each parent. If children express their unsolicited opinion or want to talk about it, as their parent, you can acknowledge their opinion and leave the conversation open for them to tell you more if they want. When engaging in this type of conversation, you should avoid asking leading questions or questions that only have a “yes” or “no” answer. You can tell them that you respect their opinion and hear what they are saying. Oftentimes, what most of us want out of a conversation is to know that the other person is giving us their full attention. Children are no different in that regard. Slow down, or stop what you’re doing if they bring the issue up and let them speak uninterrupted. Show respect to your child’s other parent in these conversations, and always. If you think your children are struggling with the situation, suggest that they write down how they are feeling or take them to a counselor so they can talk to someone freely and without any repercussions.

To go further into this issue, some parents faced with a custody issue want their child to write a letter to the judge, testify, or make some kind of assertion of their opinion about custody. If you’re feeling that way, consider the weight you’d give your child’s opinion on other important issues: where you live, what religion you practice, what school they attend, what medical treatment they receive. These are issues that some parents might discuss openly with their children and seek their input on about what to do. What about relatively more complex problems, such as:  Should you stay with your spouse after infidelity? Should you file for bankruptcy? Should you financially cut off your brother who has a heroin addiction?  These three issues are obviously ones most of us would say are strictly for adults. In fact, most of us would want to entirely shield our children from the harshness and realities of these problems.

How does deciding which parent to live with compare to these issues? It’s a pretty weighty one, for sure. It has the potential to be completely life altering and it’s one that shouldn’t be made by a child.

In my opinion, I think children’s opinions in this regard should not be sought or given too much consideration. That’s not because I don’t believe children’s opinions aren’t important. It’s because I think that our children’s hearts and minds are so important, that the weight of having to make that decision shouldn’t be placed on them, in any part. Children should be treated as children, and not thrust into making adult decisions because their parents won’t make them for them. Asking a child where he/she wants to live is punting a decision that belongs to you and your child’s other parent, or a judge. That’s not your child’s job. It’s yours. Even if you’re not asking your child to make the ultimate decision, just seeking his/her input imposes an undeserved burden on him/her. If you’re having a hard time deciding what custody or parenting time schedule is best for your child, think about what it’s like for your child, who isn’t as well-equipped as you with life experience and maturity, to try to decide which parent he/she should live with and when. Some things are just for parents. Let kids be kids. And, you already know a lot about how your child feels and thinks without soliciting his/her opinion on this subject.