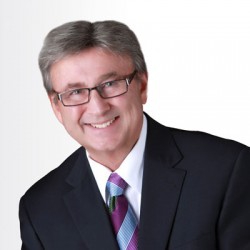 Joseph T. Barberi was born in Mt. Pleasant, Michigan. He attended Central Michigan University (CMU), located in Mt. Pleasant. While at CMU, he was a member of CMU’s Debate Team and won numerous awards for his forensic speaking ability. Mr. Barberi was also a broadcaster for the CMU sports network, doing play-by-plays for CMU’s football and basketball teams. After honorably serving in the United States Navy, he attended Detroit College of Law, graduating 5th in his class out of 241 with a Juris Doctorate, Cum Laude in 1974. While attending Detroit College of Law (DCL), he represented DCL as a member of their National Moot Court Team. Mr. Barberi is currently a member of the State Bar of Michigan and is admitted to Eastern and Western Districts of the U.S. District Court and the United States Supreme Court. Mr. Barberi was appointed by the Michigan Supreme Court to serve on the Supreme Court Committee to revise Michigan’s Rules of Criminal Procedure.