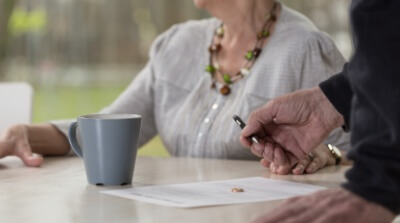 Baby boomers are those who were born between 1946 and 1964. Today, baby boomers are 52 to 70 years old. When people in that age group get divorced they face unique issues.

If they are leaving long term marriages and also approaching retirement, a common problem they will be faced with is whether one spouse should receive spousal support and for how long.  Many people who divorce at that age have been married for decades with one spouse typically earning much more than the other. In those situations, an award of long-term spousal support may be justified, but not practical given the main wage earner’s likely impending retirement or potential health problems that may affect his or her ability to earn an income. Divorcing baby boomers’ biggest problem is often trying to figure out how to bridge the gap, financially, between the divorce and when social security, pension, or other retirement investments will start paying out.

Another issue often unique to baby boomer divorce cases is how to provide medical insurance coverage for both parties after divorce. In particular, there is often an issue with how to pay for medical insurance coverage from the time of the divorce until, and possibly through, reaching Medicare age (65). It is not an issue of obtaining coverage, but rather who will pay for that coverage, which can be quite significant. To handle this problem, some divorcing couples in Michigan elect to stay married but enter into the equivalent of a legal separation, which is a Judgment of Separate Maintenance. This proceeding is identical to a divorce in many respects, but the couple remains married at the end of the proceeding. All of the couple’s property and debts are separated and spousal support can be awarded, just like in a divorce case. The main purpose for entering into a Judgment of Separate Maintenance is to allow a spouse to remain insured under the other spouse’s medical insurance policy at a lesser rate than the person would pay if she had to obtain her own individual policy or COBRA coverage. However, not all insurance providers will allow this.

Work with the Family Law Team at Barberi Law to help you secure your financial future after divorce.

4 Comments
HOW I GOT BACK MY MAN WITHIN 24 HOURS WITH THE HELP OF DR JUMBA +1 908 517 4108 .. I want to let the world know about Dr. Jumba, the Great spell caster that brought back my husband to me when I thought all hope was lost. Dr,Jumba used his powerful spell to put a smile on my face by bringing back my man with his spell, at first i thought i was dreaming when my husband came back to me on his knees begging me to forgive him and accept him back and ever since then he loves me more than i ever expected so i made a vow to myself that i will let the World know about Dr, Jumba  because he is a God on earth. Do you have problems in your relationship ? Has your partner broke up with you and you still love and want him back ? Do you have problems with your marriage  ? or do you need help of any kind then contact Dr, Jumba today for i give you 100% guarantee that he will help you just as he helped me. Dr,  Jumba   email is:  [email protected]  OR  whatsapp via: +19085174108   DR JUMBA WEBSITE : http://drjumbaspellhome.wordpress.com
by JULIE January 19, 2021 at 12:07 PM
Get your husband or Boyfriend back from the other woman After Divorce or Break Up..Even If Your Situation Seems Hopeless.. I just got my husband back through the help of genuine love spell caster dr Jumba.  i am from Tx,USA. My husband left me for another woman, This was just 3 years of our marriage. The most painful thing is that I was pregnant with our second baby. I wanted him back. I did everything within my reach to bring him back but all was in vain, I wanted him back so badly because of the love I had for him, I begged him with everything, I made promises but he refused. I explained my problem to my friend and she suggested that I should rather contact a spell caster that could help me cast a spell to bring him back , I had no choice than to try it. I messaged the spell caster called dr Jumba, and he assured me there was no problem and that everything will be okay before 24 hours. He cast the spell and surprisingly 24 hours later my husband called me. I was so surprised, I answered the call and all he said was that he was so sorry for everything that had happened. He wanted me to return to him. He also said he loved me so much. I was so happy and went to him. That was how we started living together happily again.thanks to dr Jumba . if you are here and your Lover is turning you down, or your husband moved to another woman, do not cry anymore, contact Dr.Jumba for help now.. Here his contact..WhatsApp him: +19085174108 , Email him at: [email protected] website : http://drjumbaspellhome.wordpress.com
by marian edward January 17, 2021 at 07:43 PM
I am from the USA, after six years of marriage with my husband with 3 kids, he suddenly started going out with other women and coming home late, each time I confronted him it turned out to be a fight and he always threatened to divorce me at all times, my marriage was gradually coming to an end. i tried all i could to stop him from his unruly attitude but all proved abortive, until i saw a post in the forum about a spell caster who helps people cast spell on marriage and relationship problems, at first i doubted it but decided to give it a try, when i contacted this Spell caster Dr.Jumba via email, he helped me cast a spell and within four days my husband came back apologizing for all he has done and promised never to do such again and today we are happily together again. Contact this Great spell caster for your marriage or relationship issues on his contact info.Call/WhatsApp: +19085174108 Email: [email protected] Website: http://drjumbaspellhome.wordpress.com
by flora jack December 30, 2020 at 06:05 PM
I am here to spread this good news to the entire world on how Dr Emu helped me solve my infertility problem and i am so happy now that i am now a mother because for over 4 years i have been trying to get pregnant and needed help, i and my husband always go for medical check up and the doctor always say that the both of us are fine and i have nowhere else to get help from and all hope was almost lost until one day i visited a friend of mine and i told her what i was passing through and she introduce me to this great spell caster called Dr Emu who helped her when she was in need of help, so i took a try to contact Dr Emu through his email and i explain all my problem to him and after we have talked he perform an infertility spell for me and after that he told me what i should do, and i followed the instruction he gave and after that he instructed to sleep with my husband and also i followed the instruction and he said that the next week i should go for medical check up and the doctor confirmed that i was 4 months pregnant and i was so happy that all my sorrows were gone for ever, i am so very happy now and also you need any kind of help or the same line with mine, contact Dr Emu on his email: [email protected] or Call/Text his whatsapp phone number +2347012841542
by Gavin Wear December 15, 2020 at 07:34 AM
Post a Comment