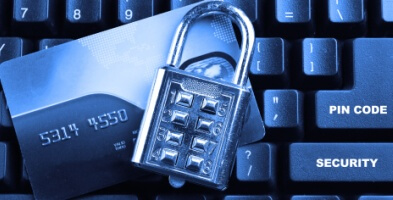 In Michigan, stealing items offered for sale is officially known as Retail Fraud. Retail Fraud can be either a felony or a misdemeanor, depending on the value of the item, or the past criminal history of the alleged offender. It is commonly referred to as “shoplifting.” A conviction for Retail Fraud, even the misdemeanor variety, can have a serious impact on a person’s ability to obtain employment, their ability to get financing, professional licensing, custody of the children and the alleged offender’s likelihood of achieving U.S. citizenship. If convicted of Retail Fraud, a sentence can include probation, incarceration (jail or prison), fines and costs, substance abuse testing and community service. A person’s reputation can be so severely damaged that it might be irreversible. When you or a loved one finds themselves being charged with Retail Fraud, misdemeanor or felony, it is imperative that you secure legal counsel as soon as possible. In most instances, if the alleged offender is young, or has no prior criminal record, an experienced criminal attorney can assist in having the matter reviewed in a light most favorable to the alleged offender; this can often lead to dismissals or a delayed sentence.

Retail Fraud is defined by a statute passed by our Michigan Legislature. An alleged offender need not even make it out the door with a stolen retail item under the current law. There must be a specific intent to steal the item, or misrepresent its price, to convict a person of the offense; but, merely moving an item with the intent to steal is enough. In some circumstances, store security services will make certain promises to entice an alleged shoplifter to confess. The best advice is to remain silent and say nothing if you are accused. By law, the store may detain you to investigate the alleged theft. Often, the act itself may be on a video surveillance recording, which can make defending the act very difficult. If faced with this situation, remain silent. It is likely that the police are on their way already and no amount of “cooperation” will make the matter go away.

Our attorneys can work with the accused and the prosecutor to find a way to keep the offense from becoming a public record. Impulsive or immature attempts to shoplift can and will affect an individual for the rest of their life.  No infamous title sticks more than that of being a “thief.” Let our firm of committed professionals help you. Without proper representation, a Retail Fraud allegation can snowball into lifelong disabilities. While proper representation may seem expensive or unobtainable, a decision to go it alone on a Retail Fraud charge is likely more expensive to both an accused’s pocketbook and their reputation. Call us, we can help.