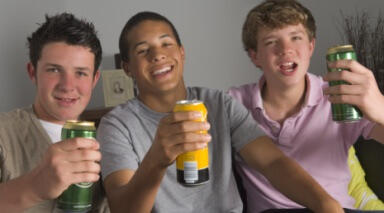 Senator Rick Jones (R), one of the sponsors of the legislation, said he certainly isn’t encouraging minors to go out and drink, but if they do, he wants them to have a chance to atone for their mistakes. He said they shouldn’t have to deal with a criminal history for making one wrong choice.

As a criminal defense attorney, I completely agree with Jones’ rationale. Far too often, I see youthful offenders pleading guilty to this offense without seeking counsel, not realizing there were deferral programs available to them that would allow them to keep the offense off their criminal history; a misdemeanor, no matter how minor, can significantly affect an individual’s ability to gain employment.

According to Michigan State Police, 38,499 people under 21 were arrested for some sort of minor in possession charge between 2009-2013. Counties with college towns accounted for the largest amounts of citations. Isabella County, home to Central Michigan University, had 233 citations during that time.

I am not advocating underage drinking, either, but we all know it happens. Remember when you finally got to college, away from home and on your own, didn’t you feel the need to try new things? It’s all well and good to say be smart and don’t get caught, but that’s not always the reality.

With this modification to the law, lawmakers are acknowledging what we already know, young people make poor decisions at a greater frequency than their elder counterparts. Now college students are given the opportunity to learn from their mistakes without ruining their chances for a better life down the road. Stiff penalties are still in place if they continue to make poor decisions. The second offense would be a misdemeanor punishable by 30 days in jail and a $200 fine. A third offense would carry a sentence of up to 60 days, a $500 fine and possible revocation of the offender’s driver’s license.

3 Comments
Advice to save your marriage and get your Ex Boyfriend/girlfriend back contact DR DAVID @ [email protected] or WhatsApp him directly @ +1(203) 533-9214 for Urgent effective love Spell to get ex lover back or save you marriage fast and his result is 100% guarantee.  My name is MICHAEL RACHEL I am here to make a review about how Dr. DAVID helped me in fixing my marriage and also to those out there seeking for help and advice on how to save your broken marriage or relationship, few months ago I was having issues with my husband I noticed he has been having an affair with another young lady in his place of work I confronted him but he got angry and say to my face that it’s true, as if that was not enough he went ahead by telling me he doesn’t love me anymore that he wanted a divorce I was to devastated and confused, I pleaded with him that I don’t want a divorce but he insisted, before then I had heard about Dr. DAVID while browsing on the internet how he use to help people with broken marriages and relationships, I gave it a thought and I decided to contact him, he promise to put a smile on my face again, I followed his instructions and after 3days I was so surprised to see my husband kneeling before me and apologizing for what he had said about the divorce, this is something I never expected, I thank Dr. DAVID for what he has done for me, now am living happily with my husband and he has stopped seeing the other woman. Please if you are having issues like this I advice you to contact Dr. DAVID on Email : [email protected] website: http://awesomespelltemplem.website2.me/ WhatsApp: +2347040654140    https://www.facebook.com/Awesomelovepelltemple https://www.instagram.com/awesomespelltemple/
by MICHEAL RACHEL October 10, 2021 at 09:01 PM
Hi everyone I'm Wayne Desmond Hi everyone I'm Wayne Desmond and am here to share the wonderful work Dr Believe did for me. After 5 years in marriage with my husband with 2 kids, my husband started acting weird and going out with other ladies and showed me cold love, on several occasions he threatens to divorce me if I dare question him about his affair with other ladies, I was totally devastated and confused until a old friend of mine told me about a spell caster on the internet called Dr. Believe who help people with relationship and marriage problem by the powers of love spells, at first I doubted if such thing ever exists but decided to give it a try, when I contact him, he helped me cast a love spell and within 48hours my husband came back to me and started apologizing, now he has stopped going out with other ladies and his with me for good and for real. Contact this great love spell caster for your relationship or marriage problem to be solved today via email: [email protected] or WhatsApp: +19713839183 Here is my personal email: [email protected] if you wish to ask me anything
by Wayne Desmond June 3, 2021 at 04:49 AM
I am here to spread this good news to the entire world on how Dr Emu helped me solve my infertility problem and i am so happy now that i am now a mother because for over 4 years i have been trying to get pregnant and needed help, i and my husband always go for medical check up and the doctor always say that the both of us are fine and i have nowhere else to get help from and all hope was almost lost until one day i visited a friend of mine and i told her what i was passing through and she introduce me to this great spell caster called Dr Emu who helped her when she was in need of help, so i took a try to contact Dr Emu through his email and i explain all my problem to him and after we have talked he perform an infertility spell for me and after that he told me what i should do, and i followed the instruction he gave and after that he instructed to sleep with my husband and also i followed the instruction and he said that the next week i should go for medical check up and the doctor confirmed that i was 4 months pregnant and i was so happy that all my sorrows were gone for ever, i am so very happy now and also you need any kind of help or the same line with mine, contact Dr Emu on his email: [email protected] or Call/Text his whatsapp phone number +2347012841542
by Gavin Wear December 15, 2020 at 07:51 AM
Post a Comment