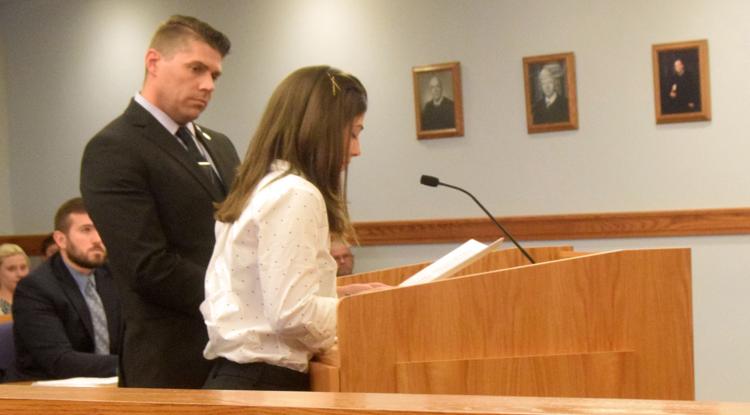 At approximately 10:29 a.m. on Monday, September 9, 2019 I received an electronic transmittal with a letter from Chief of Operations of the Michigan Attorney General’s Office, informing myself that the former Assistant Attorney General who prosecuted my client, Ian Elliott, for criminal sexual assault allegations had tendered his resignation, due to his admission of having an intimate relationship with one of the alleged complaining witnesses in the case. The full details of this relationship are not known to us at this time, but we have been informed that it was ongoing during the pendency of Mr. Elliott’s case, purportedly, according to Kolodziej going back to April of 2019.

Charges in this matter were originally brought against Mr. Elliott in January of 2018, only to later to be dismissed by the Acting Isabella County Prosecutor in April 2018.  The former Assistant Attorney General Brian Kolodziej attempted to reinstate such charges in October 2018.  After the Court denied his attempt, he authorized new charges against Mr. Elliott in December 2018.

Throughout the case, we encountered many irregularities in Mr. Kolodziej’s conduct, including the way he investigated the matter from the start, the way he interviewed witnesses without providing notes and the way he submitted police reports with misleading and/or incorrect information. We brought these irregularities to the Court’s attention in April 2019 when I filed a motion for sanctions against Mr. Kolodziej for what I believed to be his unethical conduct.  Although the Court found that he had technically violated the Michigan Court Rules, he was not sanctioned.  Kolodziej claimed the errors were clerical in nature and not intentional.  Based on yesterday’s transmittal, at the same time that this motion for sanctions were being argued, Kolodziej admitted to engaging in an intimate relationship with a complaining witness.

On June 24, 2019 Ian Elliott entered a No Contest Plea to 1 Count of Criminal Sexual Conduct-3rdDegree, after Mr. Kolodziej unexpectedly offered to allow an agreed upon 1 year and 1 day minimum sentence rather than requiring the Defendant to plead guilty to 3 counts of Criminal Sexual Conduct with a minimum sentencing range of between 6-7 years in prison.

As anyone with the criminal justice system understands, the decision whether to go to trial or enter into a plea agreement always carries with it a certain risk analysis.  Part of that analysis includes potential witness testimony if the matter goes to trial. While its unclear to us whether Mr. Kolodziej tainted and influenced witness testimony, as the lead prosecutor on the case, such questions naturally arise.  From the time he began conducting his own investigation it appears that he sought out testimony aimed to secure a conviction rather than to elicit factual information of what did or did not happen

With the new information that has come to light of Mr. Kolodziej’s improper and unethical behavior, we will explore all of the options in front of us on Mr. Elliott’s behalf, including working with Attorney General Dana Nessel to right the wrongs that have been done by Mr. Kolodziej.