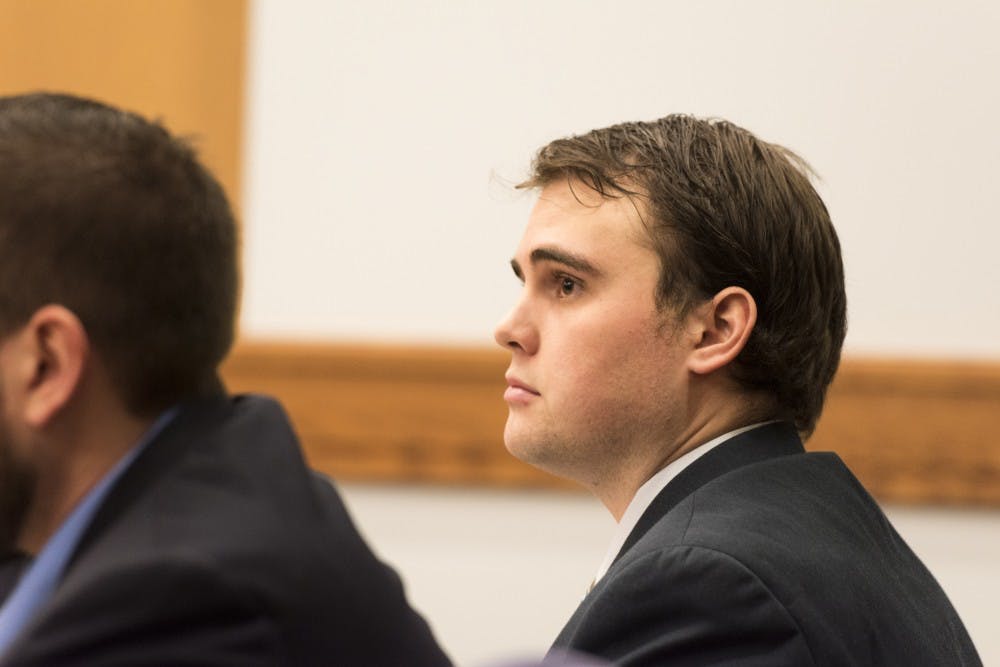 On January 6, 2020, a plea agreement was reached between Ian Elliott’s Defense attorney, Joseph Barberi, Ian Elliot, and Attorney General Dana Nessel. This plea agreement resolves all past criminal justice charges brought against Mr. Elliott by the Attorney General’s Office in two separate files, one case filed in December of 2018, based on allegations of Rachel Wilson, and one case filed in February of 2019, based on allegations of Landrea Blackmore.

Based on reaching the plea agreement, on Tuesday, January 7, 2020, Attorney Barberi and Assistant Attorney General Danielle Hagaman-Clark met with Isabella County Trial Court Judge, Eric R. Janes, to schedule hearings to implement the plea agreement reached between the parties. During that meeting, it was agreed that Mr. Barberi would file a motion asking the Court: 1) to allow Mr. Elliott to withdraw his previous no contest plea; and, 2) to vacate the August 2, 2019 Sentence imposed as a result of Elliott’s previous no contest plea.

The parties’ plea agreement also included the fact that, once the Court agreed to set aside Mr. Elliott’s previous sentencing, Mr. Elliott will enter a no contest plea to a reduced misdemeanor charge of CSC-4th Degree, with a sentencing agreement. On Tuesday, January 7, 2020, the Court agreed to schedule the motion to withdraw Mr. Elliott’s previous plea and vacate his previous sentence for January 17, 2020 at 3:00 p.m. with the Defendant’s no contest plea to CSC 4th Degree to immediately follow. It was also agreed that sentencing on the reduced charge would be scheduled for February 7, 2020 at 9:30 a.m. As part of the agreement, a new PSI will be prepared by the Department of Corrections prior to the February 7, 2020 sentencing.

In reaching this resolution of charges, all parties agreed that the tampering of witnesses and the withholding of exculpatory evidence by former Assistant Attorney General Brian Kolodziej, denied Ian Elliott due process, and made the obtaining of any future fair trial for Mr. Elliott problematic. Attorney Barberi will have more comments to make regarding the unethical behavior of former Assistant Attorney General Brian Kolodziej after the sentencing. Barberi reviewed summaries of 21 different interviews that were conducted by the Attorney General’s Investigators over the last 2-1/2 months.

· “In short, the unethical actions of former Assistant Attorney General Brian Kolodziej clearly made a retrial on this case a near impossibility.”

· “I believe that the plea agreement reached with Attorney General Nessel was an appropriate resolution of all legal issues based on the allegations previously made by the two Complainants. I also want to make it clear, that based on my review of the investigation, there were failings on the part of staff members within the Attorney General’s office, but nothing to indicate that Attorney General Nessel did anything improper. To the contrary, as soon as the Attorney General became aware of improprieties within her own staff, it is clear that she took swift action to hold parties responsible for their misconduct. Ultimately our plea agreement reached was, in part, based on her attempt to do justice in this matter in light of what Kolodziej did to deny my client due process of law.”